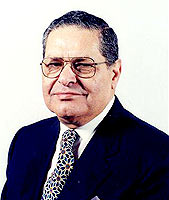 Reverend Samuel Habib (1928-1997) was a remarkable man who changed the face of human and religious service in Egypt. The founder of the Coptic Evangelical Organization for Social Services, Rev. Habib was also a leader in the Evangelical (Presbyterian) Church of Egypt and president of the Protestant Churches of Egypt. Rev. Habib used his role to strengthen cross-cultural and inter-faith understanding, peacebuilding, and dialogue in the region. An author and a professor, Rev. Habib was an influential leader in both the local and international scene http://findwritingservice.com. Educational Achievements

The selection of winners is done by a distinguished group of intellectuals and social and scientific expertise of the Egyptian society.